The stunning Castaways Beach Resort sits on the gorgeous West Coast overlooking the very popular Karioitahi beach approximately 1 hour from Auckland city.
Chalet 6 is one of 15 architecturally designed units that blends seamlessly into the natural coastal landscape and offers unmatched views out to the Tasman Sea.
The Chalet is made up of two double bedrooms each with their own private ensuite, separate laundry, heat pump, open plan kitchen and dining area and a generous size lounge opening onto the fantastic deck to relax on and take in the jaw dropping ocean views.
A perfect luxury holiday home completely furnished right down to knives forks and linen.
The Chalet has a variety of occupancy options to suit most buyers needs and even when you are not using your investment it will earning you money while the Castaways team manage the Chalet for you.
Castaways Resort also includes the sort after Agave Restaurant & Bersanti Day Spa as well as the extremely popular Wedding & Conference Venue.
Contact Snow Now To View !!!

PLEASE NOTE: Specified floor and land area sizes have been obtained from sources such as Property Smart, Auckland Council (LIM) or Title documents. They have not been measured by the Salesperson or LJ Hooker - Realty 2000 Limited. We recommend you seek your own independent legal advice if these sizes are material to your purchasing decision.

Waiuku lies on a pretty estuary at the southern end of the Manukau Harbour and is the gateway to the Awhitu Peninsula. The area has long been home to the Nga Te Ata tribe. The town, which has about 6500 people, was settled by Europeans in 1851 and was the staging post for travel to the Waikato. It still has the feel of history with the oldest continuously licensed hotel in New Zealand and the early shop facades.

Less than an hour's driving from Auckland and ninety minutes from Hamilton, brings you through pastures and market gardening to the steeply folded peninsula with its dramatic ocean beaches, extensive vistas, many pohutukawa, calm harbour beaches, and peaceful regional park.

There are many attractions to experience starting with blue water fishing for marlin. Around 30km off the west coast is becoming popular with many local fisherman with regular catches being reported. The Manukau Harbour's sheltered bays have been popular for many years for light tackle fishing and shellfish gathering, while many take advantage of the still early mornings to surf cast from our black sand coastline. Trout fishing is allowed (with permits) on three local fresh water lakes.

Other attractions include surfing, bush walks and all types of organised sports to riding on the Glenbrook Vintage Railway, sailing on the Jane Gifford which offers trips under full sail on the Waiuku Estuary, visiting the several quality craft and garden enterprises where New Zealand's foremost artists and crafts people abound on the peninsula and in town. Or visit the Waiuku museum with its restored colonial village and craft shop.

Other places of interest and entertainment spots include:

Buses run twice daily between Auckland and Waiuku on Mondays to Fridays.

There are around 80 community groups in Waiuku. Other services include:

The early childhood facilities in Waiuku include:

The primary schools in Waiuku are:

The secondary school in Waiuku is:

There are about 50 sports clubs in Waiuku, including 4 golf clubs, 5 hockey clubs, 5 martial arts clubs, and 6 pony clubs. A few of the main clubs are listed below. 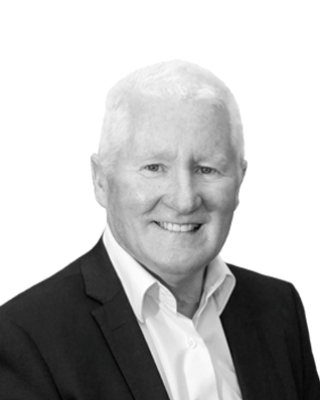 Subscribe to receive email alerts when this property (6/685 Karioitahi Road Waiuku) is changed or updated. Let us help you keep track of the property you are interested in. Please note that these alerts have an expiry date - please specify below.