Opportunities galore with this low maintenance, 2 bedroom 1940's ex state weatherboard bungalow. It is ready and waiting for someone to take it onto the next level, perhaps build a wraparound deck off the back. The north facing rear provides endless opportunities for a clever developer to perhaps build a smart brand new town house on the back and to take advantage of the all-day sun and privacy that this property has to offer.

The home itself offers plenty of storage and there's a good size carport, plus extra off street car parking for at least three more vehicles. This property may even suit the live/work buyer seeking somewhere to operate a small home based business from and to take advantage of the potentially high traffic exposure. You may want to create a living or work space below where the current laundry is located, so connecting the plumbing shouldn't be a problem for an extra bathroom downstairs.
It's only a short stroll to the Onehunga Mall with all the trendy village bars and cafes on offer. An easy walk for the kids to the schools and regular transport is at the doorstep.

Our long term investor is cashing up - so this blank canvas must be SOLD!

The community of Onehunga surrounds the well known Onehunga Mall, which is the main shopping (retail) thoroughfare, running in the north from Cornwall Park to the Port of Onehunga in the south. Geographically it lies to the southern side of One Tree Hill and is one of the older towns of the central Auckland region.

Onehunga is full of character homes, some dating back to the mid 1800’s. The village was originally established to serve the coastal trading port of Onehunga, which still exists today for commercial usage. Many of the more significant homes on the western side of Onehunga were built for sea captains and harbour masters and many of the roads, such as Forbes Street, were named after these captains. Historically, Onehunga was home to a number of Fencible Soldiers. They were encouraged to settle in Onehunga, part of their remuneration for service, which included a modest cottage and a plot of land, many of which are still eminent today. The area is also home to a residence previously inhabited by Governor Grey, which is situated in Symond Street and is a landmark for the local community. Within the confines of Jellicoe Park there are two historic buildings on display, which signify the character of this area.

The town is predominantly made up of strip shopping offering a variety of retail, services and eating options. Most of the major national banks are represented here. A recent development in the area is the Dress-Smart complex. This houses 40 plus designer shops such as Nike, Keith Matheson, Adidas, Max to name a few and is located immediately to the east of the strip shopping and is proving to very popular and is well worth a visit. It is open daily from 10am to 4pm.

The residential neighbourhoods surrounding Onehunga are popular for families that require ease of access to the City and South Auckland, especially for popular for airport staff and those that use the airport frequently. The area’s popularity is also helped by the local community, which many have found to be very easy to settle into and to meet new friends and neighbours. The biggest asset that this community boasts is the one of the finest recreation areas in Auckland on its doorstep – “Cornwall Park” & “One Tree Hill Domain”.

Onehunga has no visitor centre of its own. Auckland Visitor Centres are located at the Force Entertainment Centre, Queen Street, and Viaduct Harbour. Both share the Infoline (09) 979 2333.

Tertiary institutions in Auckland City include:

Institutions in Manukau City include:

Institutions in North Shore City include: 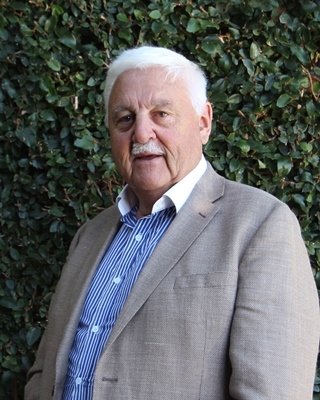 Subscribe to receive email alerts when this property (144 Mount Smart Road Onehunga) is changed or updated. Let us help you keep track of the property you are interested in. Please note that these alerts have an expiry date - please specify below.